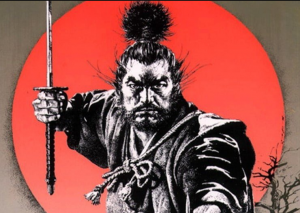 “It is said the warrior's is the twofold Way of pen and sword, and he should have a taste for both Ways. Even if a man has no natural ability he can be a warrior by sticking assiduously to both divisions of the Way. Generally speaking, the Way of the warrior is resolute acceptance of death” – Miyamoto Musashi

Some of these are necessary. We can scarcely function without some of these elements and remain part of modern civilization. That is the trap. We feel as if these distractions are essential to our survival. We may even be convinced they are the key to our prosperity.

That is the great lie.

The truth of the matter is that your time is your most valuable asset. It is the very currency of your life, and you have a limited amount to spend. Are you spending it on your own divine purpose? Because that is the key to true prosperity and happiness.

Every moment you spend on something other than your divine purpose does not aid your prosperity; it aids someone else’s. You give that lifeblood to another when you become distracted. That time on Facebook? That’s Mark Zuckerberg’s prosperity you’re enhancing. Those hours wiled away at World of Warcraft? You’ve enriched the shareholders of Activision. Binge watching 2 seasons of Daredevil? The CEO of Netflix sends his regards.

What is your purpose? What is your ambition? And what is The Way you must follow to fulfill your calling?

In fact, you almost certainly have some idea what your purpose is. What you may lack is definition. Deliberate introspection will solve this, and this is an undertaking we all have to embrace. Once your purpose is defined, and you have given a name to your Way, you’ll do a better job staying on the path. You’ll know exactly when you’ve strayed, and you’ll know immediately if something is part of The Way, or if it is merely a distraction from The Way.

Miyomoto Musashi found his Way after several years of reckless behavior, missteps, and near-death experiences. The Way of the Sword gave him purpose and peace of mind. In it, he found discipline, and accountability. And he learned that The Way was not merely limited to the mastery of the martial arts. He applied the lessons he learned to all aspects of his life, and became a more complete human being because of it. From it, he was able to master writing, art, and even architecture.

Musashi vigilantly eschewed distractions that threatened to impede his mastery of The Way of the Sword. He established himself as one of the greatest swordsmen of his time, yet he never entered the service of a daimyo. He remained a ronin his entire life. And he never married. He shunned attachments and obligations that might have otherwise distracted him from his purpose.

Through The Way of the Sword, Musashi discovered not only how to destroy, but how to create. He discovered balance and harmony in nature, and thus cultivated the same in his own soul. He was never particularly wealthy. He never held a lofty title. He authored only a few brief books, and only gave those to an apprentice shortly before his death. Regardless, his impact on his own culture, and his influence around the world, persists even nearly 500 years after his death.

It is unlikely that Musashi himself would have ever claimed to have truly mastered The Way of the Sword. And that’s the point; if The Way had an end, then we might reach it at some point in our short lives.

Define your purpose. Find your Way. And then follow it, until your time runs out.